Marcel Wanders: 7 things you didn’t know about our guest editor! 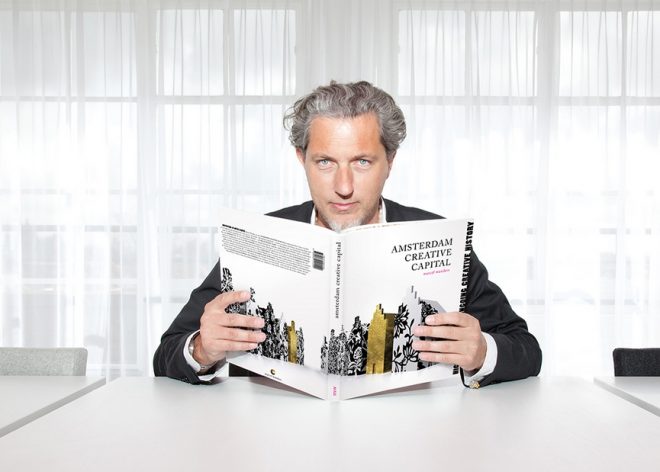 He may be invariably referred to as an anomaly in the industry, but his products have never failed to surprise. This was why, Marcel Wanders, the co-founder and art director of avant-garde label Moooi was selected as EDIDA Designer of the Year 2006 for his brilliant work in the field.

From furniture and lighting to cosmetics and food – there’s very little he hasn’t covered in his career of over 25 years. We caught up with the Dutch artist to discover seven fascinating facts about him.

1. The first thing he ever made was a boat… a combined effort with his brother. Marcel recalls being only five or six when they built it. “We had a castle near our home where we went to sail them,” he recollects. Decades later, he has over 1,700 products under his repertoire, but not another boat.

2. He was expelled from Design Academy Eindhoven. His rebellious projects are marvelled at now, but they weren’t always appreciated. “I kind of understand why I was expelled. I didn’t fit in with the modernistic design philosophy during that time, which didn’t serve humanity in the best way,” he explained.

3. He wishes he had more time to teach. Complaining about the education system without doing anything to change it isn’t his style. Hence, he takes time out to impart his knowledge in a unique way to students across various design schools. “I love teaching, but I really don’t find enough time to do it,” he confessed.

4. His products take durability to the next level. Marcel believes that along with a material problem, people face a psychological need to throw things away eventually, even if they aren’t broken or damaged. Therefore, he tries to create durable pieces that don’t merely last materialistically, but are also loved by their owners for a long, long time.

5. One of his favourite innovations didn’t sell at all. Marcel designed the Nomad carpet for Cappellini in 1998. It had a mechanism whereby a section of it could be slipped up and reclined on, thus converting it into a sofa. “It was a super smart design,” Marcel pointed out. Unfortunately, no one ever understood that it was more than just a plain old rug. “We sold none,” he revealed. “Maybe one, I’m not even sure.”

6. His home and store are almost identical. The Moooi store is designed as a home for an illusion of a person who is open-minded, interested in culture and excited about life. “That person isn’t me,” Marcel assures. “But, you know, he’s a little bit like me.” That is probably why his personal abode strongly resembles the store’s interiors.

7. His creations are new and old at the same time. While the rest of the world remains infatuated with novelty, Marcel deliberately inserts old identities into his fresh designs. By doing so, he believes that his products will never age. “Because nothing grows old faster than the new!” he exclaimed.

The Soapbath series the Marcel designed for Bisazza in 2005 consist of bath tubs and sinks shaped like a typical bar of soap.
Photogrpah curtesy od Marcel Wanders

The Nomad Carpet he designed for Cappellini was a unique rug that could be converted into a sofa. Unfortuantely, it didn’t do well commercially as people failed to understand the concept of the product.

A thousand pieces of his iconic Knotted Chair were manufactured, after which production was stopped. “It’s grat piece”, Marcel remarked, “It has a super different look and there’s nothing I woiuld change about it even if I could.

by Nishita Fiji
Via http://elledecor.in/